Prague/Charles City, July 28, 2014 – For the first time in the United States, Mitas will display 1250/50R32 SFT at booth 16S at the Farm Progress Show. Mitas 1250/50R32 188A8/185B SFT is one of the world's largest agricultural tires. Weighing in at 1,224 lbs, this size of Super Flexion Tire (SFT) is also the heaviest tire in Mitas' product portfolio. Mitas invites all media representatives and visitors to join in a photo opportunity with this impressive tire at the Mitas stand 16S.

“Mitas produces the most demanding and complex off-road tires. Our ability to manufacture one of the world's largest agricultural tire proves it,” said Andrew Mabin, Mitas’ marketing and sales director. “Mitas is the European leader in combine tires sales having significant market share in tractor tires. With Mitas 1250/50R32 SFT we send the clear message that we will maintain and improve on this prominent position.” 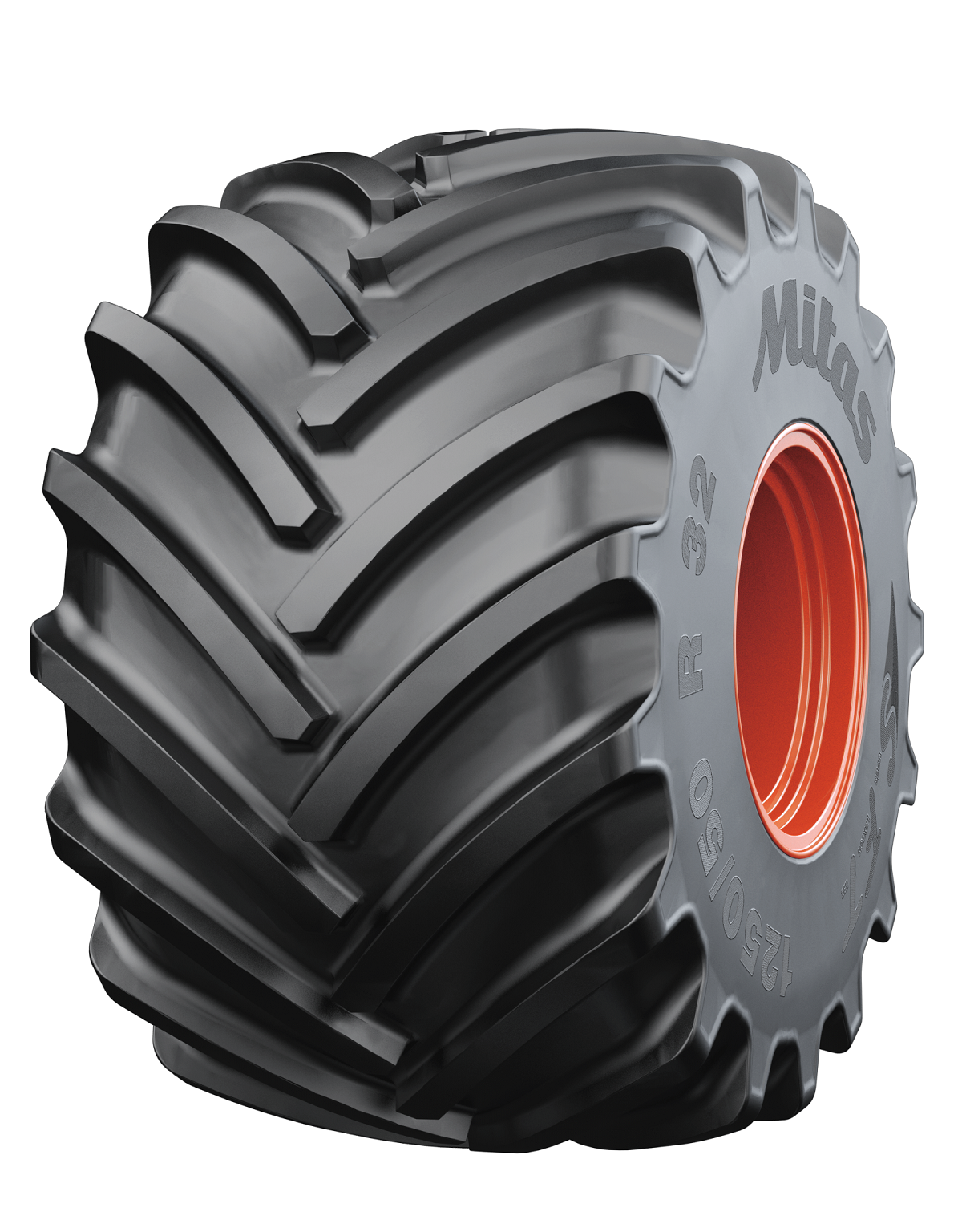 The size of the tire is imposing. Weighing in at 1,224 lbs, this size of Super Flexion Tire (SFT) is also the heaviest tire in Mitas' product portfolio. Mitas 1250/50R32 SFT 188A8/185B has a diameter of 80,3 inches and is capable of carrying loads of up to 35,280 lbs (6 mph cyclic). The volume of the tire is impressive with 135,000 cubic inches, which makes it one of the largest agriculture tires. Mitas 1250/50R32 SFT is designed for grain carts and combine harvesters and will be available on global markets later in 2014.

“Mitas plant in Charles City has established itself in the North American market through the production of premium quality tires. Our largest Super Flexion Tire is the best example,” said Pavel Charvát, president of Mitas Tires North America.

In October 2013, Mitas installed three additional curing presses at the plant in Charles City, reaching a total annual production capacity of 13,500 metric tons of tires a year. Mitas' heaviest tire is being produced on a new prototype of the curing press. Because of the size of Mitas 1250/50R32 SFT it is the biggest curing press at any Mitas factory. The tires produced in Charles City are agricultural radial.