“Mitas is the leader in the harvester tire segment. Close to 50% of new harvesters in Europe are fitted with tires produced by Mitas,“ said Andrew Mabin, Mitas’ marketing and sales director. “With the new Mitas VF HC 3000, we would like show that through innovations and the constant introduction of new products we will maintain this position by offering the best product in its class.” 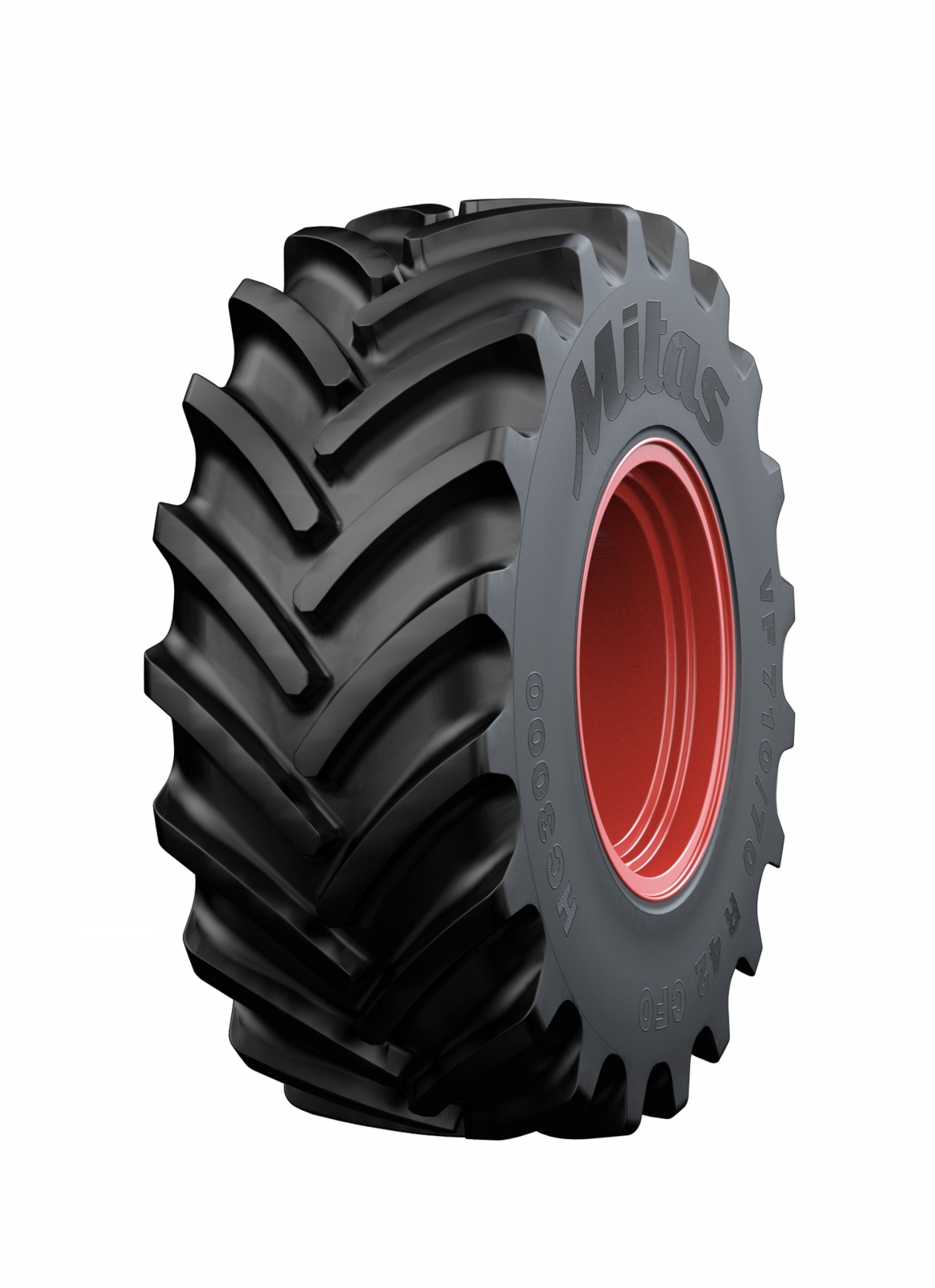 In comparison with the same size combine standard tire, Mitas VF 710/70R42 CFO HC 3000 boasts 26% less inflation pressure during cyclic field operation resulting in significantly less soil compaction. Besides the advantages that have a direct impact on soil protection, Mitas HC 3000 has a narrower section width, so it brings an additional advantage to farmers who need increased mobility.

Mitas VF 710/70R42 CFO (Cyclic Field Operation) HC 3000 has a ‘B’ speed category, allowing speeds of up to 31 mph. The new HC 3000 is capable of carrying loads of up to 31,550 lbs (9 mph cyclic). The Very High Flexion tire's main advantage is the ability to maintain constant tire pressure at any speed. A special feature of the Mitas VF rated tires is the highly flexible sidewall, which allows for an extended footprint competing in many respects with the ever-popular rubber tracks. Very High Flexion tires are produced at the Mitas factories in Charles City, Iowa, and Otrokovice, CZ.