Prague/Charles City, IA, September 9, 2014 – Mitas has recently been recognized as a preferred supplier of combine tires for CLAAS in North America. The Mitas 750/65R26 166D SFT will be the standard tire on the new CLAAS LEXION 700 Series combines produced in Omaha, Nebraska. Mitas tires will also be a standard option on new CLAAS XERION tractors. At the Farm Progress Show, Mitas 710/75R42 SFT tires were showcased as part of the North American debut of the CLAAS XERION 5000 tractor.

“This relationship builds upon our outstanding cooperation in Europe, where Mitas is a key supplier of tires for CLAAS combines,” said Jaroslav Cechura, Mitas’ CEO. “We are proud to announce that CLAAS chose Mitas as a strategic tire supplier in North America as well.” 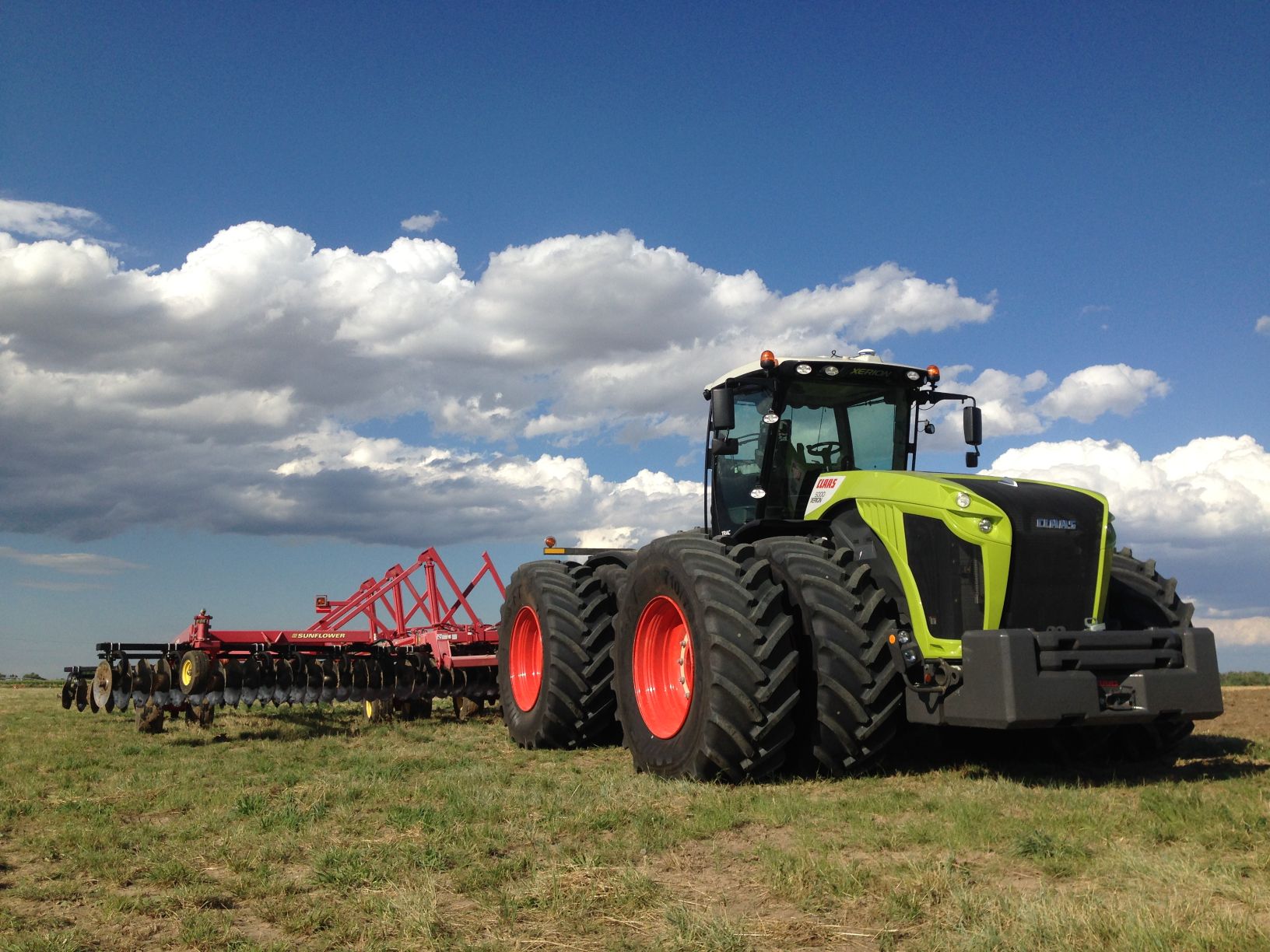 “At Mitas, we are committed to further improving our relationship with CLAAS in North America through the development of innovative tire designs and new sizes that fulfil the needs of the next generation of combines.  As an added benefit, our tires are quickly delivered from our local manufacturing facility in nearby Charles City, IA,” said Milan Sindelar, the Original Equipment Manager at Mitas Tires North America.