Prague/Charles City, August 21, 2014 – The range extension of Very High Flexion (VF) tires will be another new product offering from Mitas at the Farm Progress Show. Mitas will display the new VF HC 2000 product line for high-horsepower tractors at booth 16S. All media representatives and visitors are invited to a photo opportunity at booth 16S with the VF tire, which boasts 40% less inflation compared with standard tires. 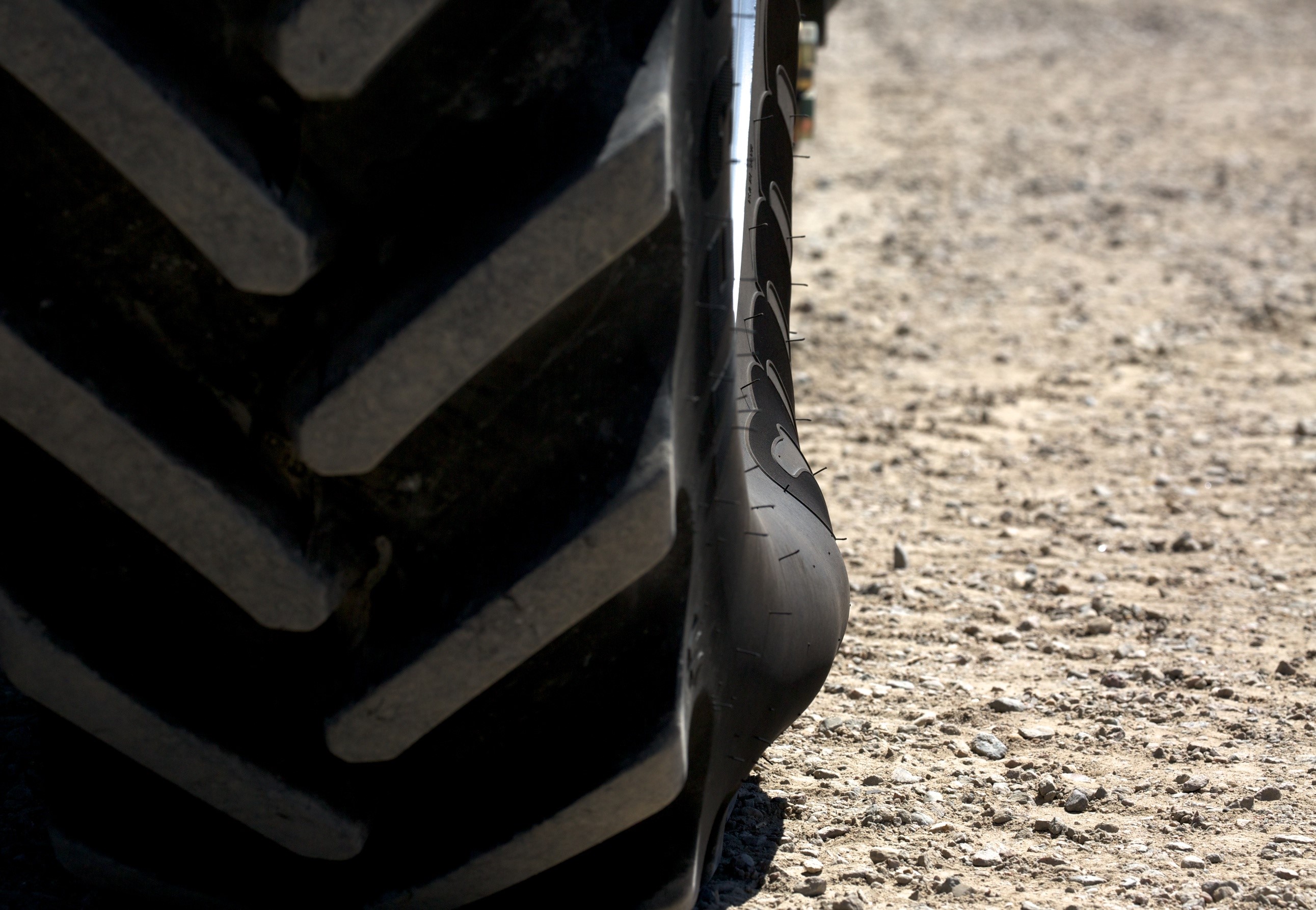 The Very High Flexion tire's main advantage is maintaining constant tire pressure at any speed. The VF's larger footprint leads to less soil compaction and increased mobility under difficult and wet soil conditions. For instance the VF 380/95R38 HC 2000 tire has a ‘B’ speed category, allowing speeds of up to 31 mph with a maximum load of 8,267 lbs. at 23 psi. It can carry 6,000 lbs. at 15 psi. Such capacities make the VF tires suitable to replace duals while maintaining the low inflation pressures and avoiding soil compaction. When compared with the standard tire at 31 mph the VF tire enables 40% lower inflation pressure. The special feature of the Mitas VF rated tires is the highly flexible sidewall allowing for extended footprint competing shoulder to shoulder with the ever popular rubber tracks.

“Currently, the Very High Flexion tire for harvesters is under development. It will be marked VF HC 3000, and Mitas will introduce it at the beginning of 2015,” said Pavel Kott, Mitas' agricultural tires product manager.