Mitas is Overall Winner of the CLAAS Supplier Awards, 2014

“Being the best overall supplier of CLAAS for the year 2014 is a big honour. We will do our best to confirm this position also in the year 2015 to show our partners in CLAAS that we deserve and esteem this award,” said Jaroslav Čechura, Mitas’ CEO. “The Total Winner award is a continuation of our successes within the CLAAS Supplier Award. In 2011, we were awarded CLAAS Supplier of the Year for Innovation (development of the CHO tire) and in 2006 for Logistics."

“Mitas is a leader in the supplier group of tires at CLAAS and has shown excellent supplier evaluation during the past few years. For these reasons, we awarded Mitas as a Total Winner of our Supplier Award in 2014,” said Hans Lampert, CLAAS’s group executive vice president of finance and controlling.

At the event in Harsewinkel on 15 January, more than 700 representatives from CLAAS and their international suppliers were present, including Helmut Claas. The award was presented to Mitas representatives Jaroslav Čechura, Andrew Mabin, marketing and sales director, Jens Steinhardt, key account manager and Hans-Ulrich Klose, head of the automotive engineering unit at Mitas, by Hans Lampert and Ruediger Mohr, head of corporate purchasing at CLAAS. 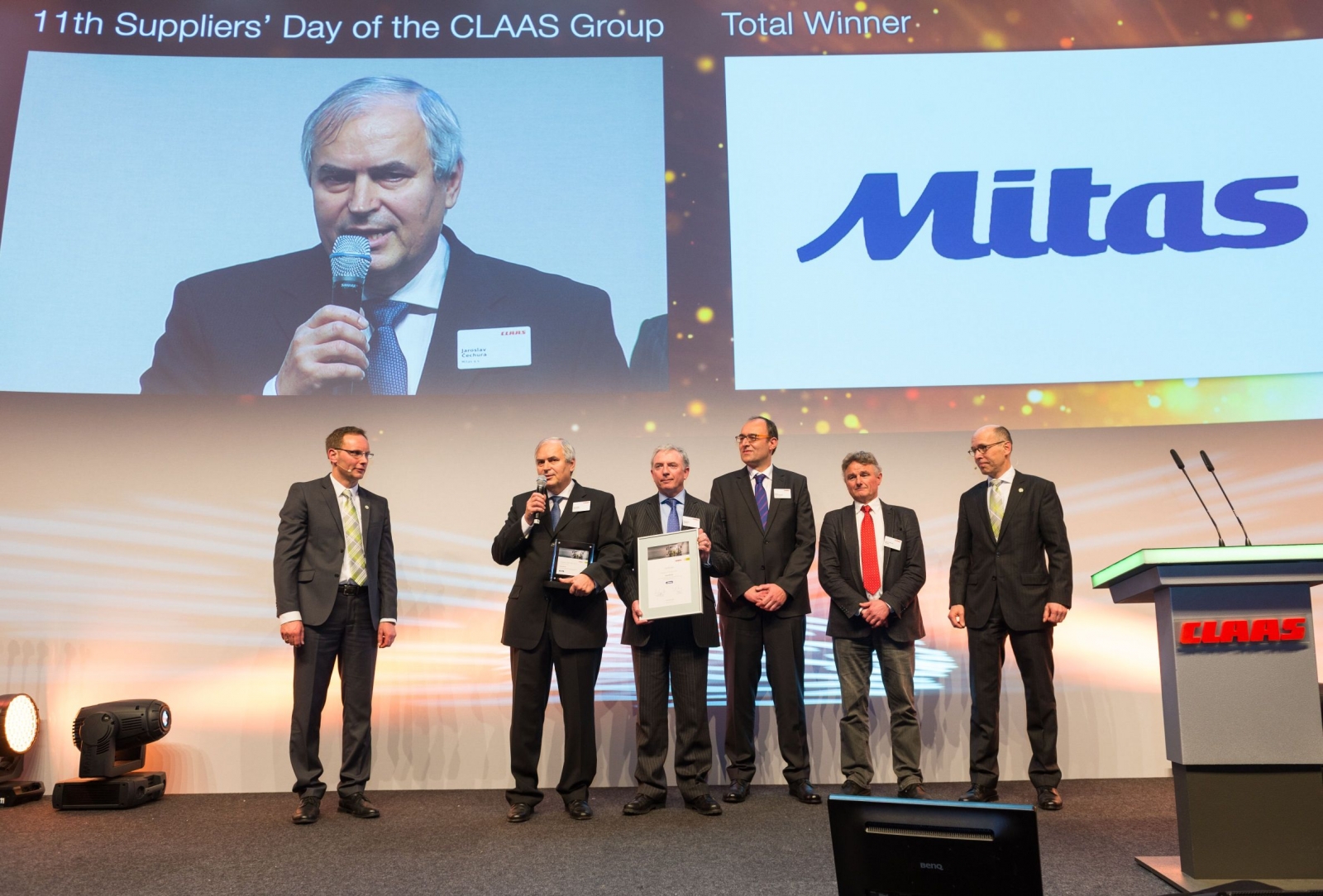 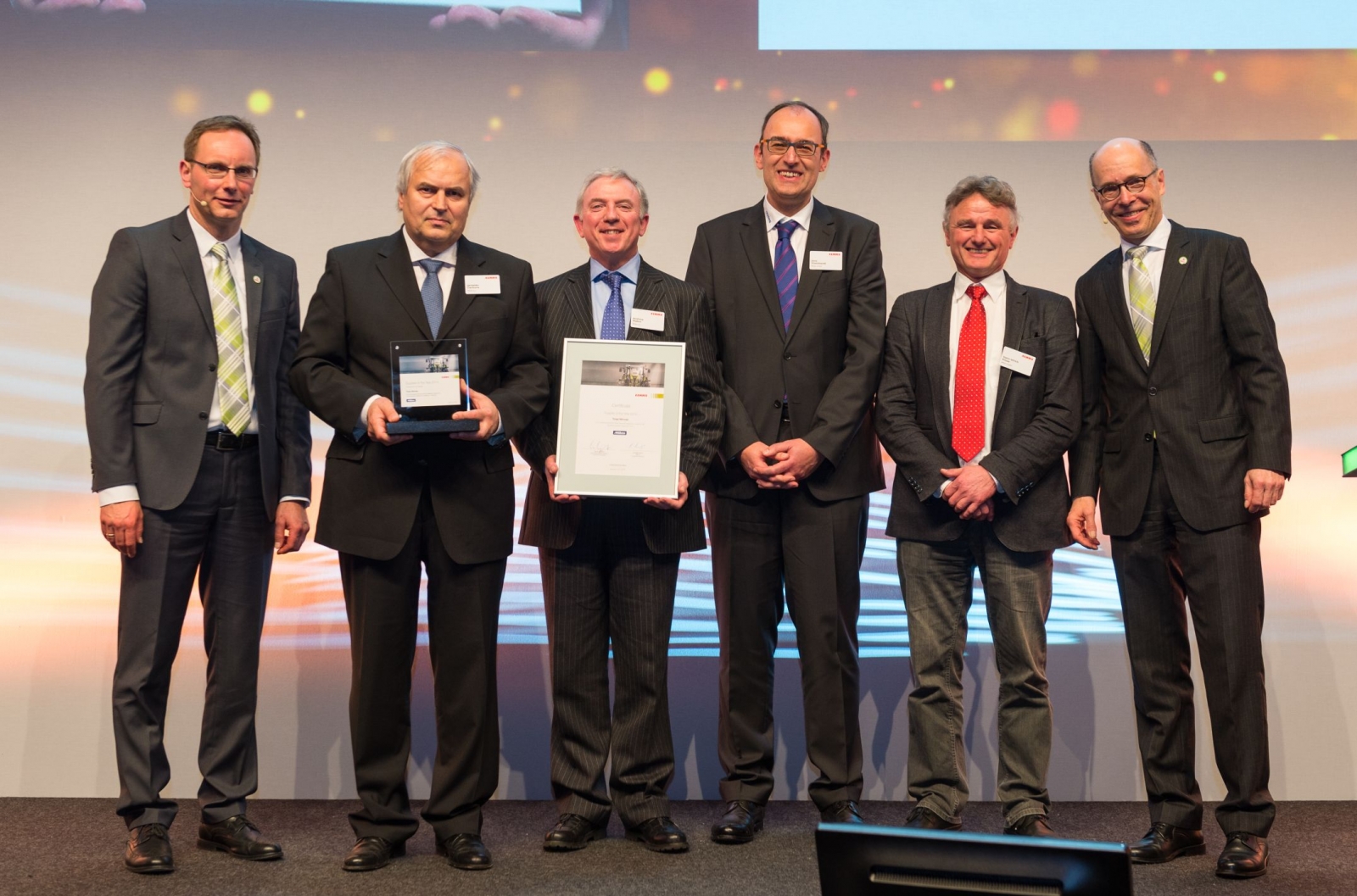